EVGA released something we always questioned why it has never been implemented before. CPU stress testing from your bios! This saves you a lot of hassle and time compared to booting into Windows, starting your bench program and restarting to adjust values because it wasn’t stable. It also avoids the influence of other processes in Windows making your bench run unstable. 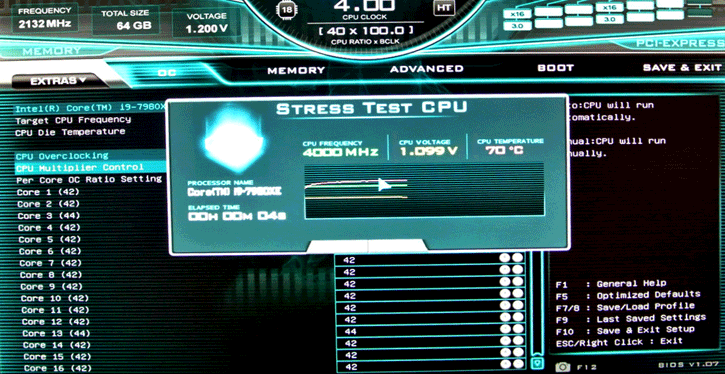 There is an option for automatic overclocking and stability testing (OC Robot) and ofcourse a manual mode. The stress test can be compared with Prime95 and displays clockspeed, cpu temperature and vCore. Which motherboards will be fitted with this software is unknown, but simple reasoning says high end motherboards would be equiped first. Probably other motherboard manufacturers will follow implementing a form of their own bios OC and stress testing. Cudos for implementing this first EVGA, we like the idea, this will save a lot of time!