Mushkin well known for it’s DDR memory products released the Helix-L M.2. drive. A direct competitor for Intel’s 660P and Kingston’s A2000 NVMe drives costing around the € 120,00 mark for a 1TB drive. The Mushkin Helix-L is available in 250GB, 500GB and 1TB capacities featuring an (Silicon Motion) SM2263XT PCIe 3.0 x4 NVMe controller and Micron’s 64L TLC NAND cache. The drive offers more performance than you would initially expect due too it’s ability to store up to 64MB of it’s FTL mapping in your pc’s DRAM which aids performance. This NVMe process is called HMB (Host memory buffer). Tomshardware did a nice review of this drive and tested it’s performance vs the competition.

Muskin’s Helix-L NVMe drive performs well during the tests following the Kingston A2000 1TB closely and beating the Intel 660P 1TB in many occassions. At the moment the Muskin Helix-L is not available in stores, but will be any time soon. If actual pricing will be around MSRP Muskin has a strong card to play as it price/performance is very good! 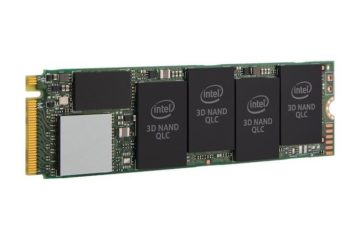