A month ago i decided to change the coolant of my watercooled gaming system featuring an EKWB loop with two 240mm radiators, EKWB 1080 Ti waterblock, EKWB Supreme HF cpu block and an EKWB pump res combo. Having seen the nice flow effects of Primochill VUE i fell in love at first sight. For anyone thinking about adding Primochill VUE to your system we would like to talk a bit about our experiences with VUE. 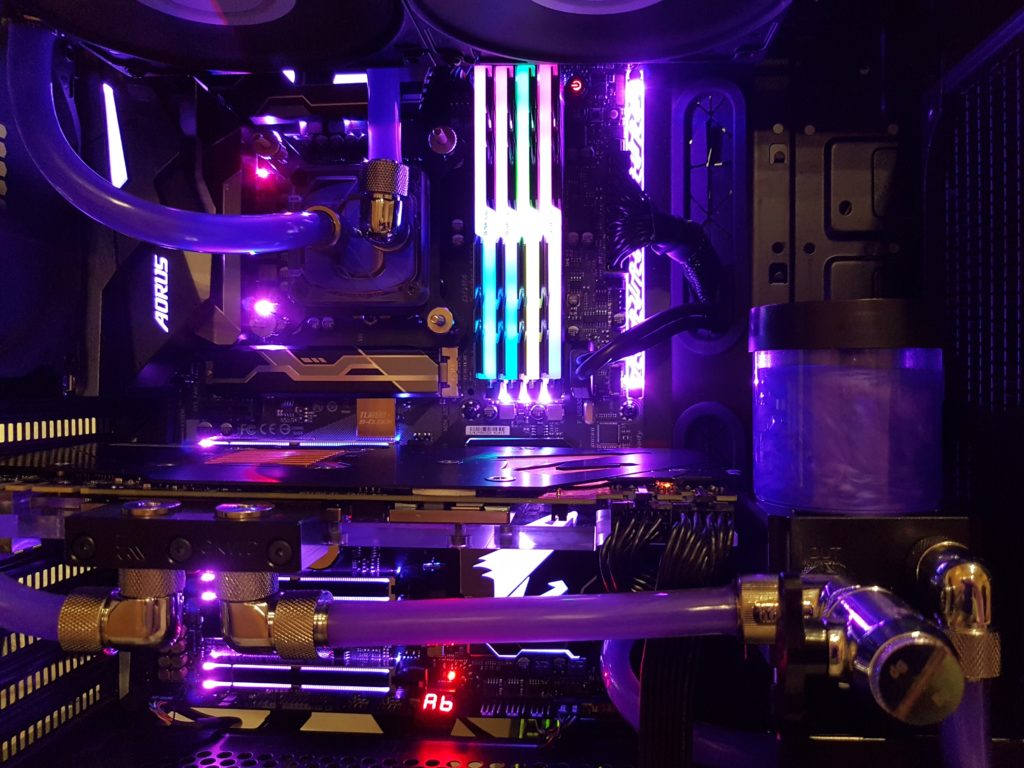 On forehand i would like to say that this article is not intended to bash Primochill our their VUE fluids in any way, but to give you guys some idea of what can happen to your loop using VUE. So be carefull. I did some research before posting this, but it seems we aren’t the only one experiencing problems with VUE after gathering some info from Reddit, LTT forums and Youtube. Also Jay from Jayztwocents mentioned in one of his video’s that he was running into problems with one system but not on others.

As with any new fluid preparing your system is important. Cleaning your loop thoroughly means you are not leaving behind old bits of fluid that can contaminate or react with your new fluid. Before adding the Primochill VUE i drained my whole system which was previously running on distilled water with an EKWB additive to prevent corrosion and growth of algies, so no exotic fluid was ever in there. But just as a precaution I replaced al the tubings with new EKWB soft tubing and flushed all my radiators with hot water, followed by a flush with cold distilled water and cleaned out the fittings with a brush. All in all a clean start with fresh components. I chose the € 34,00 a liter purple fluid and ordered two bottles. € 70,00+ for two bottles is kinda crazy but then again you will have something special i thought….

At first there were no problems and everything was running fine untill i noticed the tubing becoming somewhat white from the inside. Three days later disaster struck as all tubings became white and my CPU block and GPU block were clogging up and flow became restricted. I then thought i did something wrong in preparing the system and did a full rebuild of my loop, so again new tubings flushing the radiators and waterblocks the same way i did before. I then refilled the system with the second bottle of Vue but the same happened after a few days. I was then very certain it was not due too my stupidity and informed Primochill about my problem. They were more than willing to help me with the problem, asking we questions about the components of my loop trying to find a cause to the problem below. So during the last few days we exchanged mails but no solution yet. 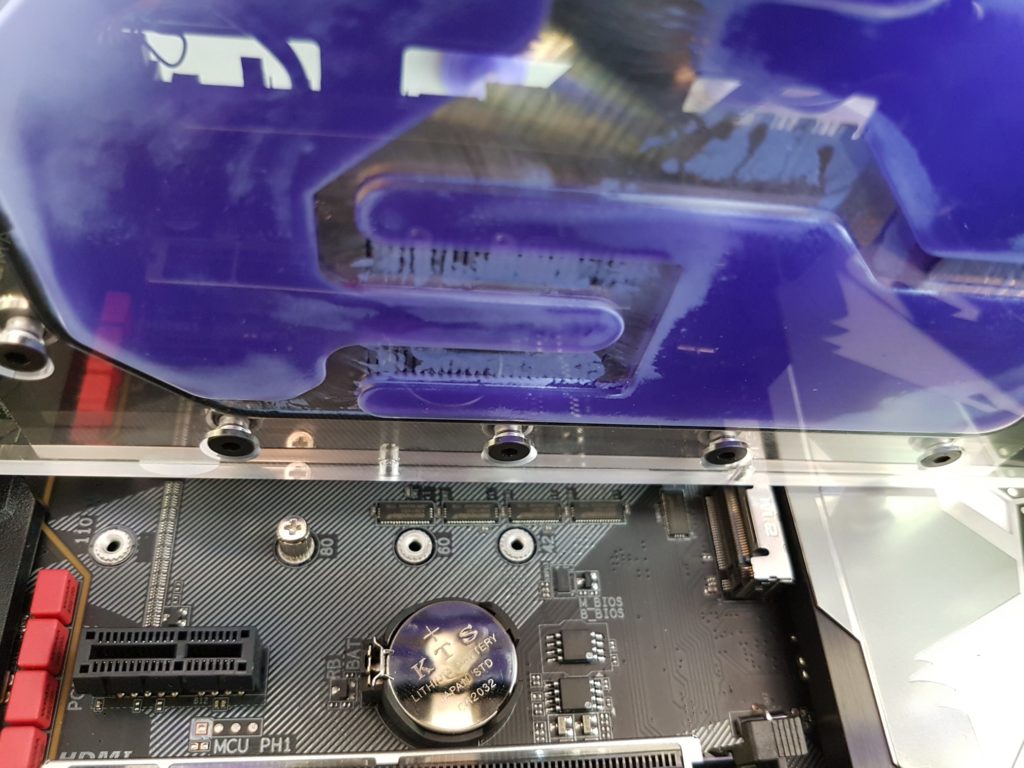 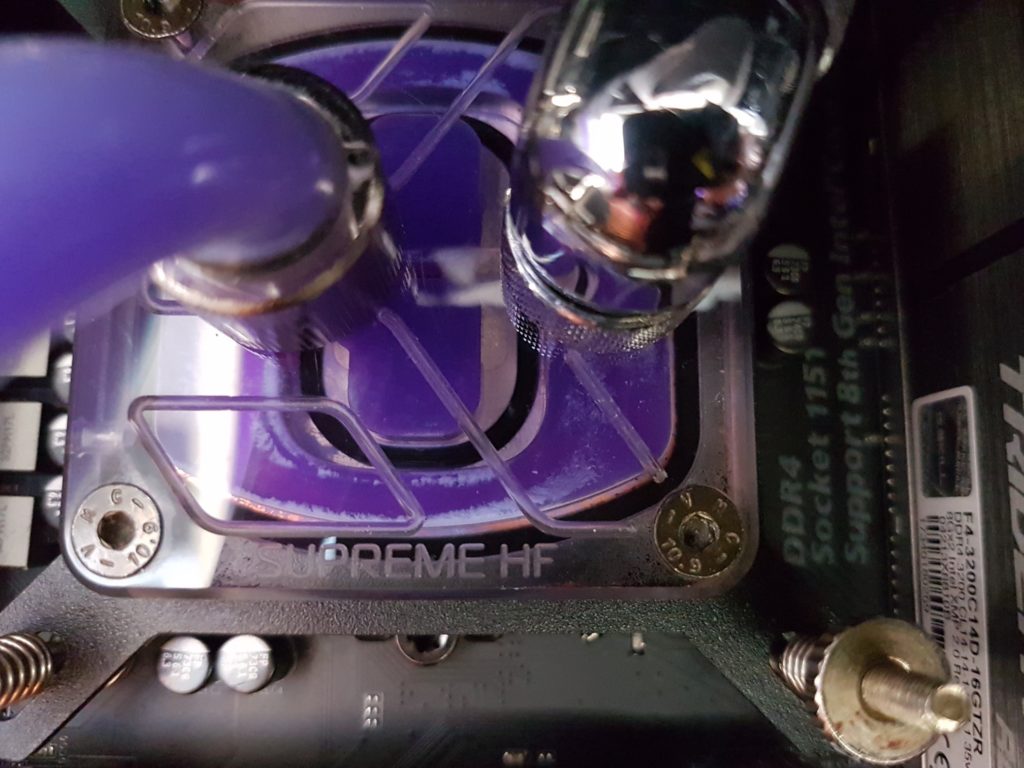 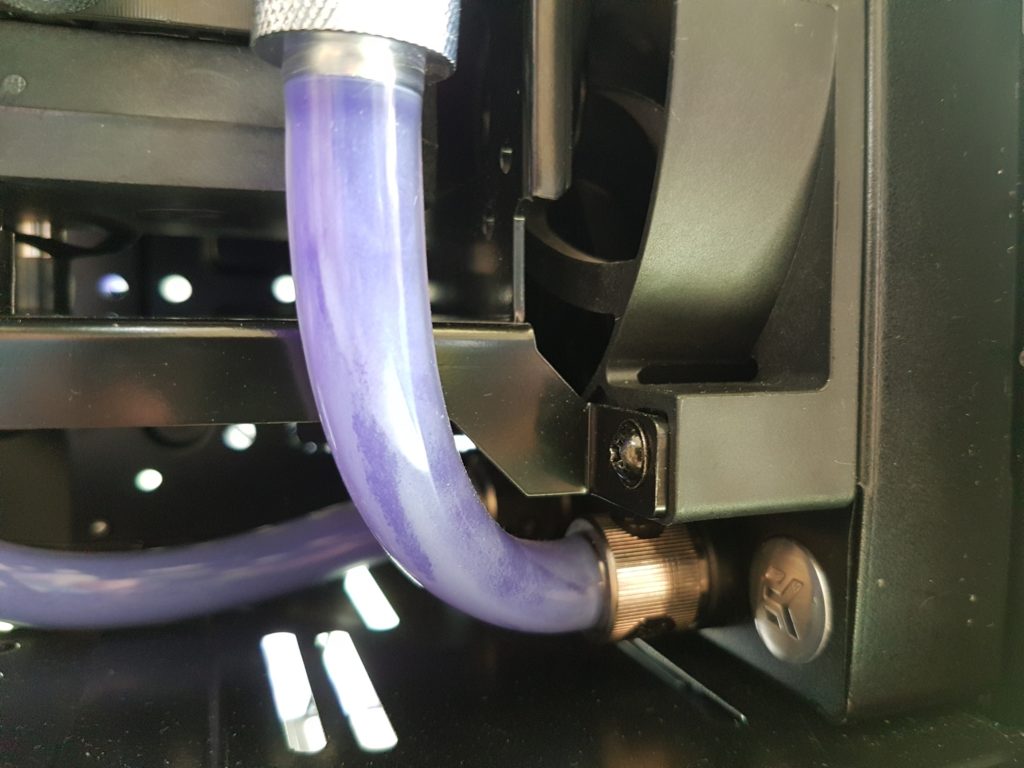 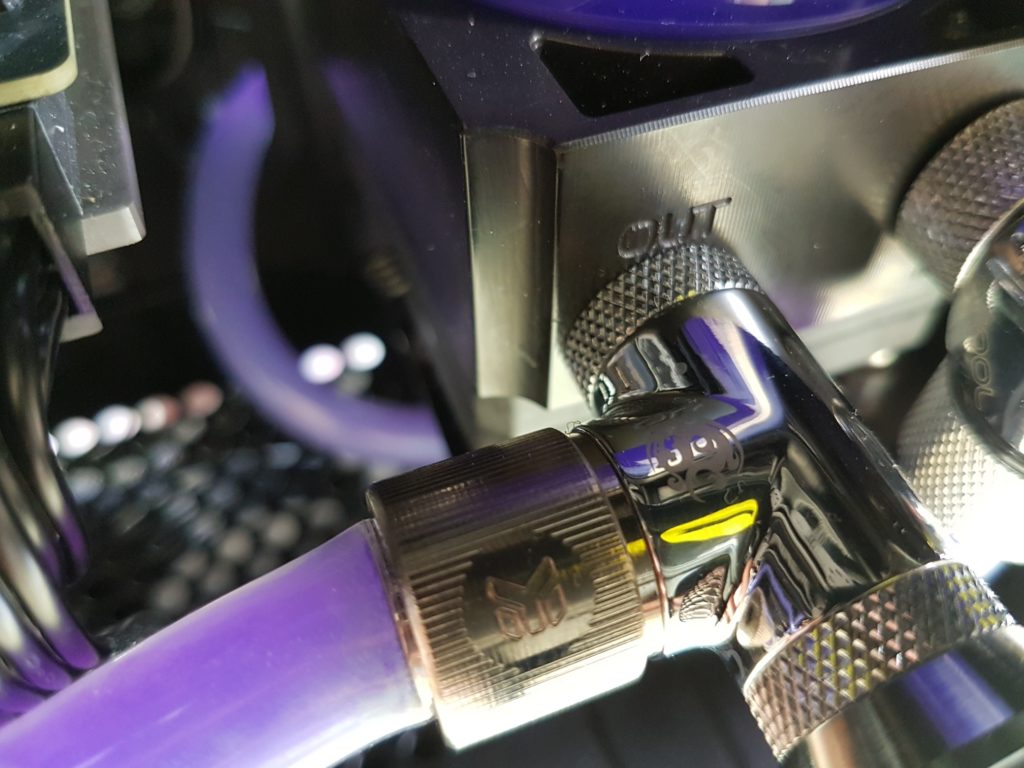 As mentioned earlier, i’m not the only one experiencing these problems and they all look the same. Some talk about water being left behind in the radiators after cleaning them causing the reaction in the loop. Others say it could be the possibility that air is entering the blocks through the o-rings causing the white gunk to accumulate. Nonetheless I wasted more than € 70,00 on fluid and even more due too new tubing. Hopefully this article contributes in finding a solution to the gunking problem of VUE. I have never seen this reaction before and would like to use the fluid in the future. We keep you updated once we have feedback from Primochill. If you read this and you already found the solution to our problem please contribute below! Thanks.