Today a new videocard has been added to the techpowerup database, being identified as NVIDIA GeForce GTX 1180. If this is true, the launch of the new generation NVIDIA Turing or Volta which is how the TP database recognises the card, is closer than we might think. The next big event where Nvidia can present it’s new GPU powerhouse is Computex which starts the 5th of June. 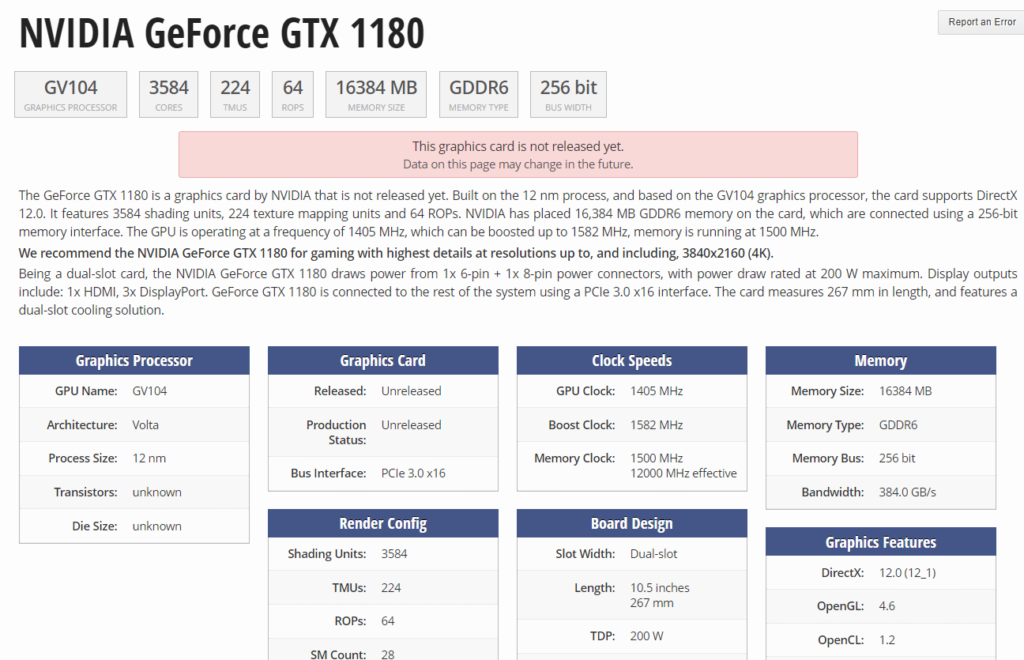 […] But maybe this is just silence before the storm, because yesterday Tomshardware brought the news that they acquired an anonymous tip from a source within the industry, stating NVidia would be ready to launch the NVidia Geforce GTX 1180 in July this year. Despite being again rumors, but keep in mind the following. Ready to launch does not mean there are going to launch in July. Before a public launch all boxes have to be checked regarding box design approvals, partner confirmations, stocking distribution channels, informing media partners and review sampling. If you would like to know more about the NVidia GTX 1180 or GTX 2080 as naming is not yet confirmed officially follow this link to our short article about the possible specifications of the new Nvidia Turing GTX 1180 card. […]