After the launch of AMD Vega 56 and Vega 64 with HBM2 memory, the price/performance ratio of these cards was not exactly what consumers expected, especially when introduction MSRP prices of $399 and $499 were never really met. Nvidia’s Geforce GTX 1080 Ti was miles ahead in many games compared to Vega 64 which performed more like the Geforce GTX 1080. Especially when miners found out that Vega HBM2 was perfect for mining cryptocurrency, the prices went through the roof making it more expensive than the previously mentioned GTX 1080 Ti. This made it a no brainer for many gamers opting for the Nvidia camp instead.

Recently AMD revealed it’s Radeon VEGA instinct program making clear that a new generation of AMD Vega cards is under development according to their 2018 roadmap. Big VEGA 20 will probably be a die shrink from 14nm to a new 7nm proces which enables AMD to reduce power consumption that somewhat bottlenecked first gen. Vega. 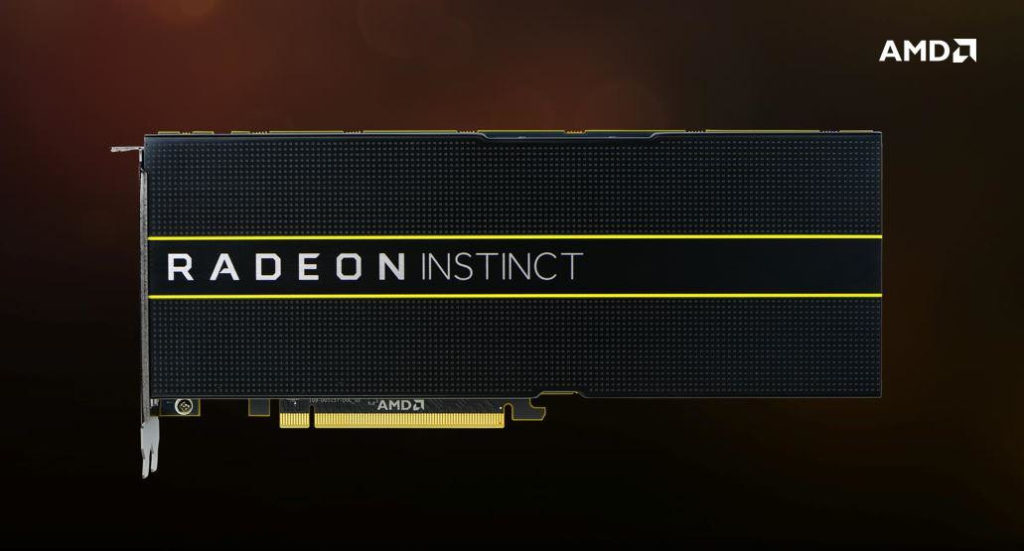 In the meantime a benchmark has been published by Videocardz in which we see a comparison between a Vega Frontier Edition 16GB HBM2 and a 32GB HBM(x) Vega card clocked considerably slower than the Frontier Edition. The research sample has a lower GPU clock-speed @ 1.00 GHZ, compared to the Vega Frontier Edition clocked @ 1.602 Ghz. The memory speeds are almost 35% higher on the prototype card resulting in a score 10% below the Frontier edition but at 60% lower clock speeds! AMD’s roadmap for 2018 specifies that the company is aiming to release a 7nm chip for Q4 2018, making it to retail Q1-Q2 2019, not for gaming but for Machine Learning purposes. If this benchmark is based on that specific card we can’t say for sure but is sure seems like it is. In addition to the die shrink of Vega from 14nm to 7nm there is sadly no news on possible gamer cards yet.