AMD’s unboxing NDA has been lifted last Saturday the 14th. ASUS, Gigabyte, Biostar, MSI and Asrock take this opportunity to present their upcoming AM4 2nd gen. Ryzen X470 motherboards. We only present you the top of the line boards from every manufacturer as most of them have three of four AMD X470 variants. We include a link to the manufacturers page where you can find all X470 motherboards with their respective details. 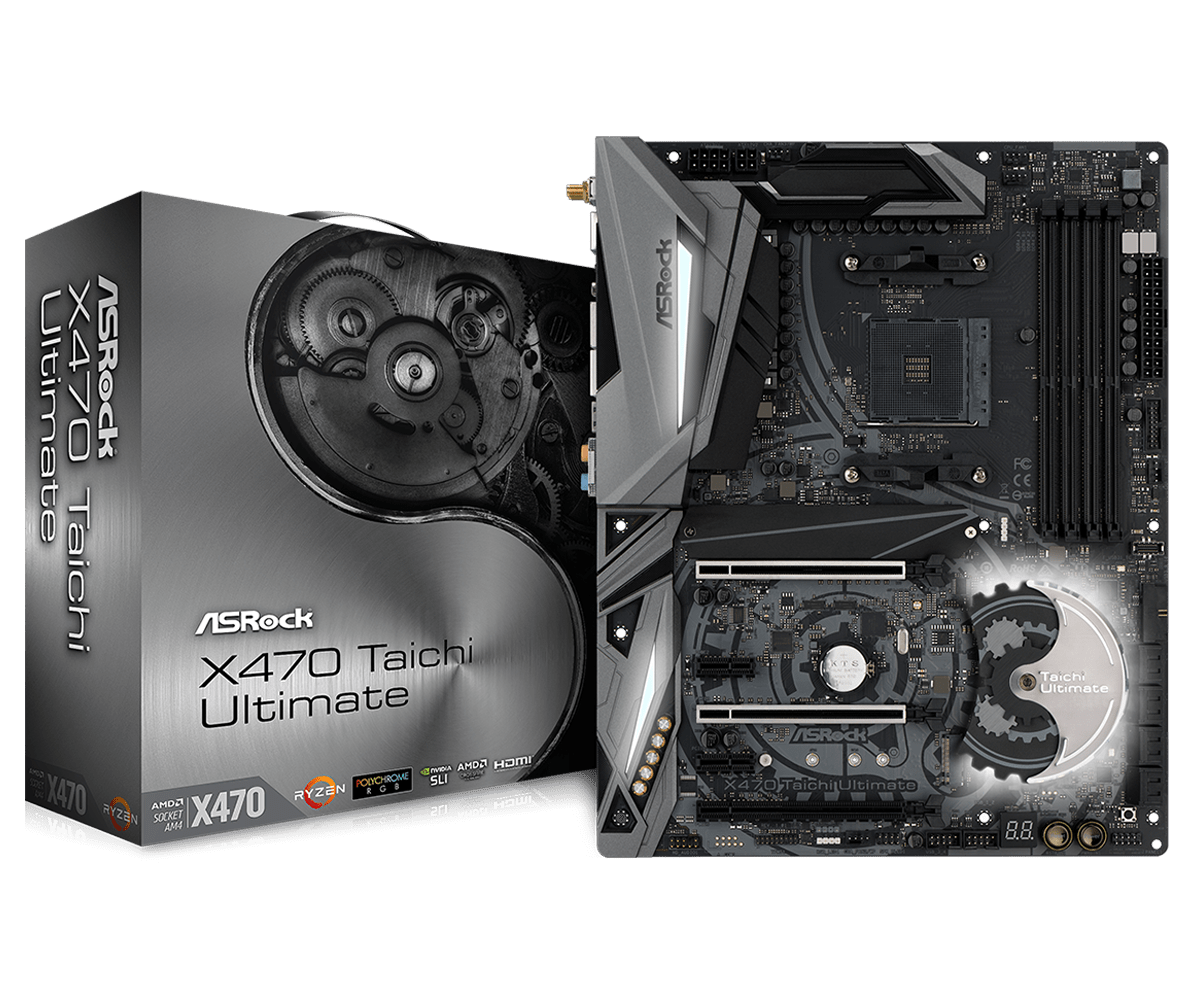 The Asrock X470 Taichi Ultimate features one of the best VRM sections of any AM4 board to date. We expect to see some pretty OC numbers from this specific board. For all audio lovers Asrock packs DTS connect, gold internal audio connector in the left bottom corner of the board and an ALC1220 codec. As expected from a high end board we see build in Wifi, on-board Power and OC switches, and a debug LED indicator. An overview of all Asrock AMD X470 boards including the regular X470 Taichi, Master SLI and Fatal1ty, can be found following the link. 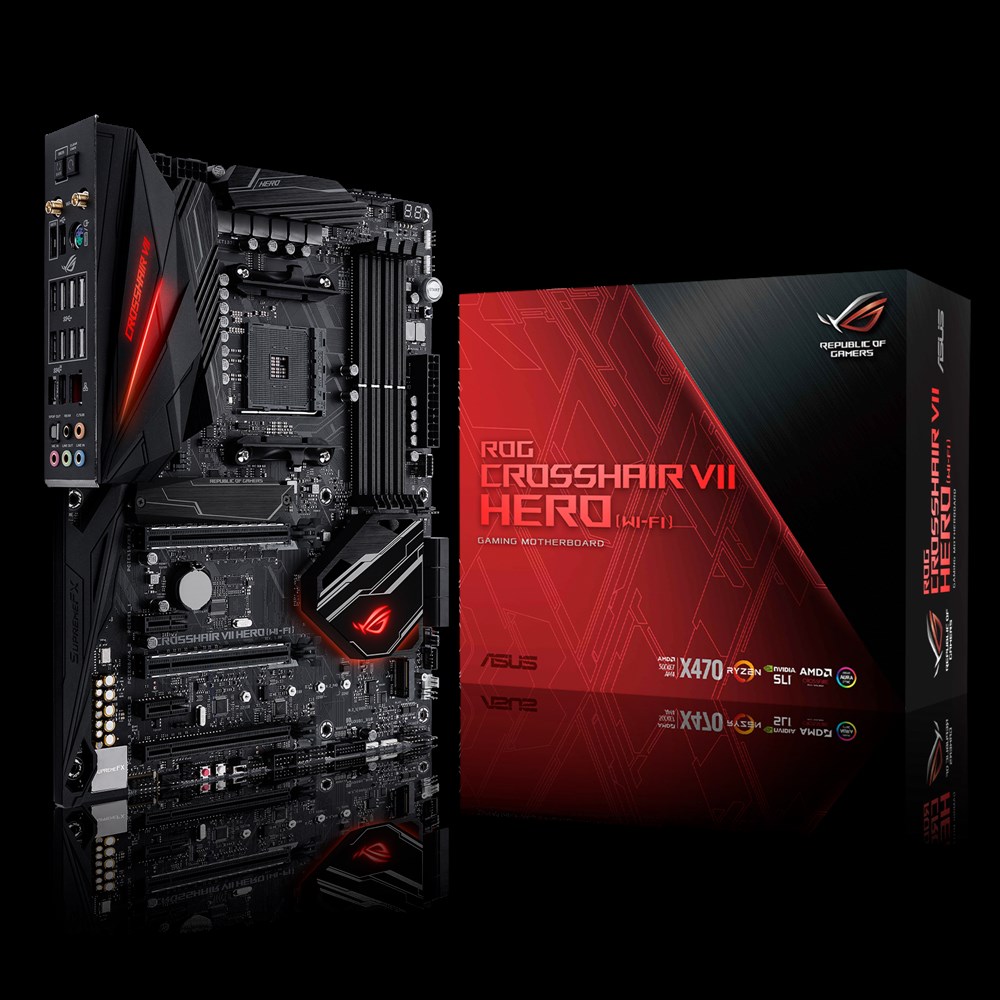 The Asus X470 ROG Crosshair VII Hero is a familiar board, continuing the Crosshair tradition looking almost identical to the ROG VI Hero. With the Asus ROG C. VII Hero Asus introduces On board Wifi, USB 3.1 gen 2 and ofcourse Ryzen 2nd gen. 3466mhz+ DDR4 support. Besides the ROG VII HERO Asus has the Prime, TUF and Gaming-F series. Follow this link to find out more. 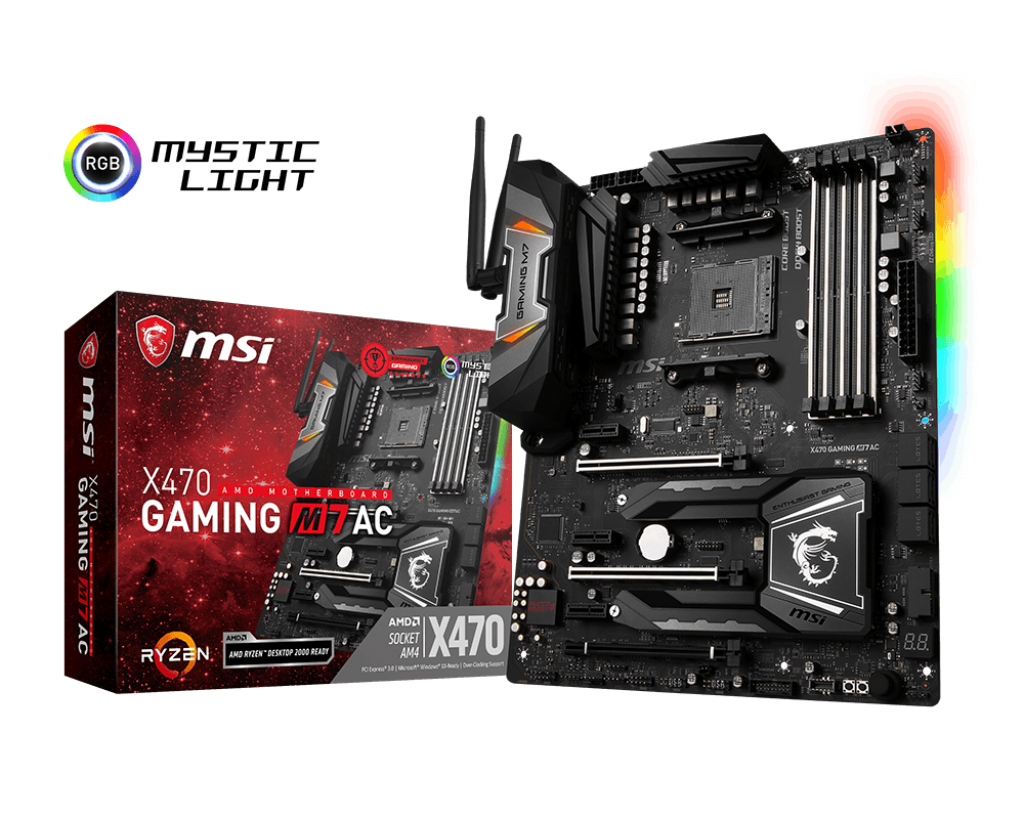 The MSI X470 Gaming M7 AC is a very clean looking board with MSI Mystic Light and build in Wifi. Looking at the CPU power delivery we see some serious double 8-pin connectors. Furthermore MSI includes everything a gamer needs, ranging from a Killer Lan chip to Voice and game boost. Compared to the other brands, MSI promises a 3600 mhz DDR4 RAM OC. Which DDR4 modules you need for that is not specified. Maybe the G-SKill Sniper DDR4 3466MHZ modules AMD includes in their press kits should work. We will see soon enough. Following the Gaming M7 AC, MSI also introduces the Gaming Pro Caron (and AC), Gaming Pro and Gaming Plus boards. Follow this link for an overview and select X470 in the left navigation bar. 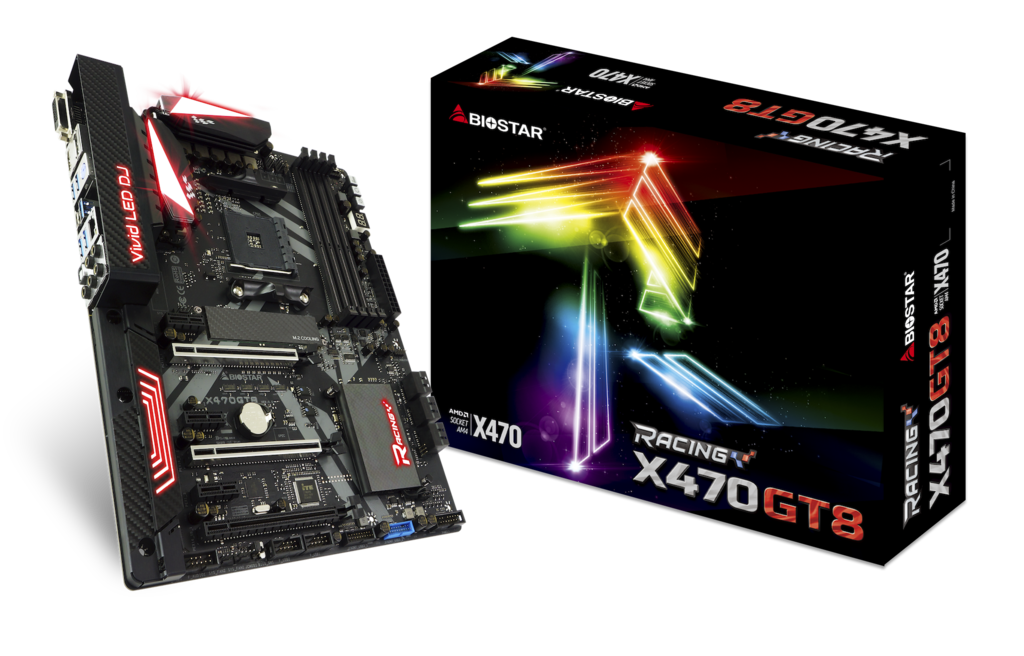 Biostar (in Europe) has always been positioned as the underdog in the motherboard landscape, offering buyers a good price/performance ratio giving hardware enthousiast a good alternative to an MSI, Asus of Gigabyte board. With the Biostar Racing X470 GT8 this isn’t any different as it delivers all the specs you would expect from a new AMD X470 series motherboard. The Biostar Racing GT8 can be a very nice entry board offering Displayport, HDMI and DVI connectors for APU’s from AMD’s Raven Ridge platform. Despite having one additional USB 3.1 Type C gen 2 on the back, this is all we can say about the i/o panel. One thing we found interesting Biostar does not include the 3.466 Mhz RAM OC possibility but only mentions 3.200 Mhz DDR4 OC. In addition to the GT8, Biostar also introduces the X470 GTN which is a M-ITX board. 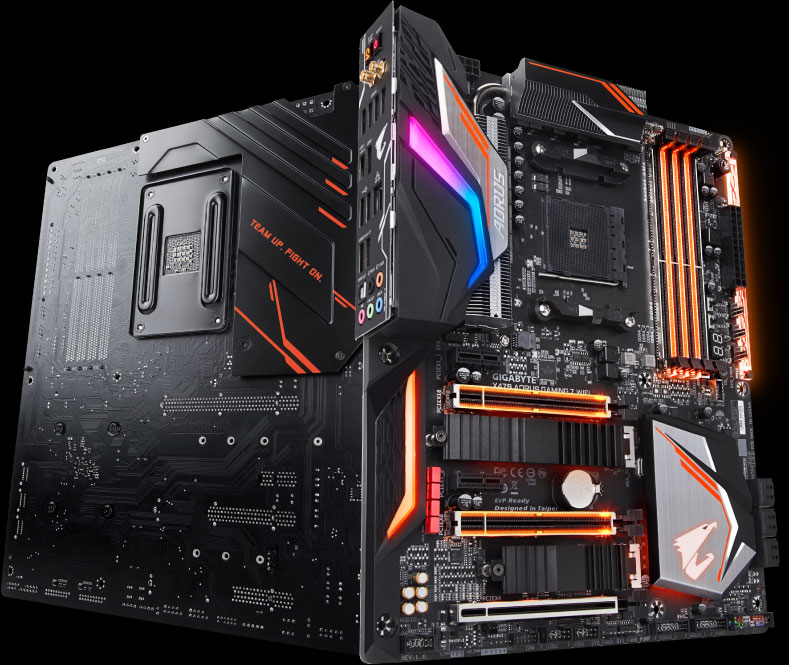 Finally we have Gigabyte’s new addition with the AMD X470 Aorus Gaming 7 Wifi. The Gaming 7 Wifi board is packed with features including a 10+2 phase VRM (40A for vCore and 50A for the SOC), Sabre Audio DAC with WIMA capacitors, integrated i/o shield and USB DAC-UP 2 providing constant cleaner power to your peripherals compared to regular USB ports. On the back we find a backplate to help heat dissipation from the VRM’s and give more rigidity to the board overall. In addition to the Gaming 7, Gigabyte also launches the X470 Aorus Gaming 5 Wifi and the X470 Aorus Ultra Gaming

We expect all boards to be available from the 19th of April, the day of the official Ryzen 2nd gen launch.