As a hardware enthousiast you had to try very hard not to get any information on AMD’s X570 or X470 motherboards in 2019. Since the release of the AMD Ryzen 3000 series Matisse cpu’s a lot of motherboard manufacturers have put their efforts into making the best motherboards for AMD AM4 cpu’s to date. The release of AMD’s X570 chipset was accompanied by the introduction of PCI-E 4.0 bringing four times the bandwidth of PCI-E 3.0. Nevertheless the NVMe drives released to profit from this increased bandwidth somewhat disappointed untill now. But this will be solved in the future once the new on chip NVMe controllers are released. Another thing we saw on most higher end AMD X570 boards was the overkill in the VRM section with an absurd 16-phase on for example the Gigabyte X570 Aorus Extreme. It is rated as overkill even for an overclocked Ryzen 9 3950X 16 core cpu.

At the moment of writing we are landed in November 2019. If at the moment you still don’t know which X570/X470 board to get, Buildzoid known from Actually Hardcore Overclocking did a nice roundup of a number of AMD X570 and X470 motherboards to show you the pros and cons. Especially the VRM section gets a lot of attention as always. Take your time, the video is 47 minutes long. 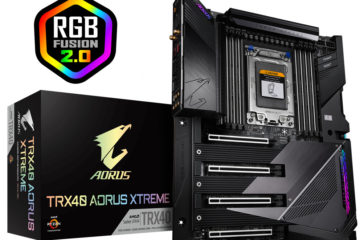