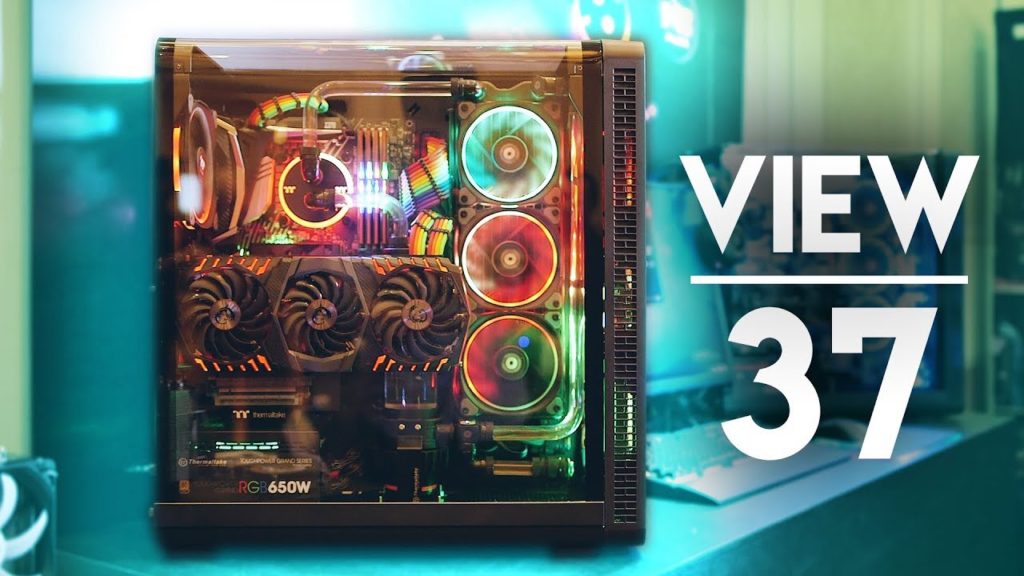 The Thermaltake View 37 is a new sort of case. The case industry only has a few players that can really think out of the box, or case… Companies like for example INWIN, but also Thermaltake have unique approaches to the design and elements of their cases, giving users a possibility to stand out from the croud.

The View 37 features a special plexiglass curved window (nicknamed Gull Wing) running all the way over the top of the case, exposing your carefully chosen hardware even better. Despite the mediocre airflow from the front intakes and not really thought out radiator mount, the View 37 is something special. Thermaltake includes an RGB controller, vertical GPU mount and nice cable management options. A PSU basement has been left out of the offering, probably because it would negatively influence the open character of the whole frame. At a price of € 180,00 for the View 37 RGB it doesn’t come cheap, as it’s less expensive brother the Thermaltake View 27 can be had for as low as € 63,00. HardwareCanucks did a nice video about this case explaining the good and the bad.