Our testbench nowadays has a hot and loud Nvidia GTX 980 Ti founders edition with blower style cooler which made us realise how we got used to the silent watercooled GTX 1080 Ti in our Intel Core i5 8600K gaming system. Above 70 degrees the blower style cooler of the 980 Ti becomes annoyingly loud, but despite being on our testbench and often used for short periods, less noise in the room is something we would really appreciate. 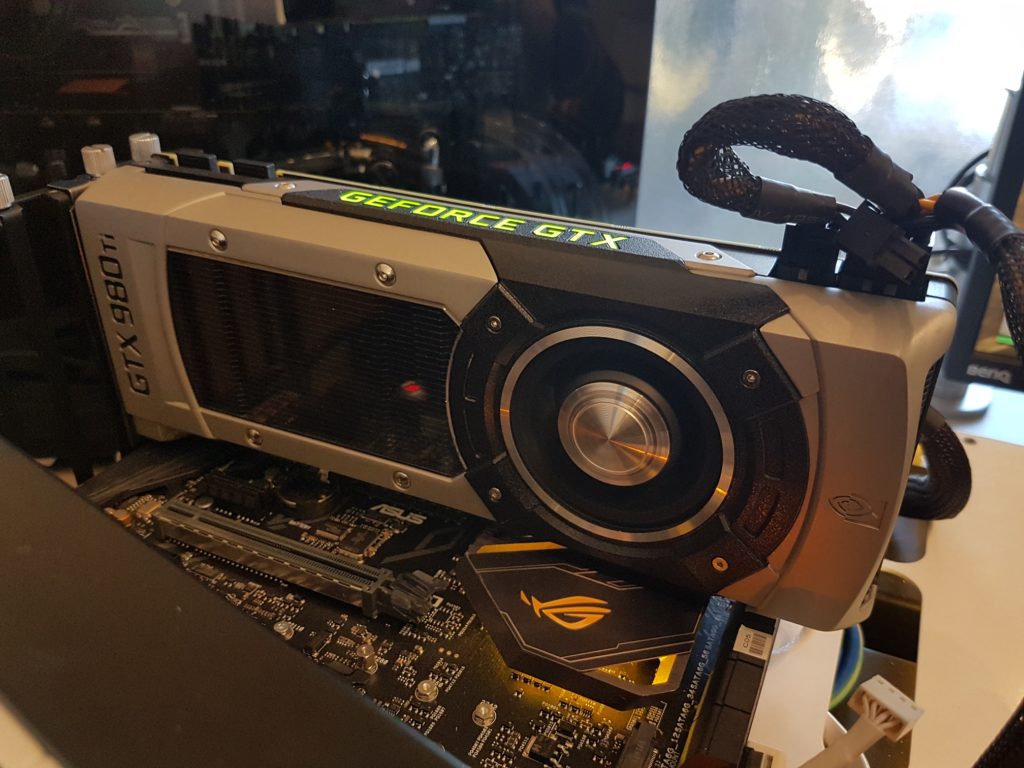 Arctic send us a sample of their Arctic Accelero Hybrid III 120 GPU cooler a while ago. Up untill now we didn’t have the time to test it properly. Featuring an AIO style watercooler with a copper block and 120mm radiator there is nothing sexy about the cooler, but it should get things done! Arctic claims a decrease in temperatures for a Radeon R9 290 of 10 degrees. We will find out today what this AIO can do for our NVidia GTX 980 Ti. But first a few words on the packaging and contents.

The packaging is a sleeve styled box with a nice interior protecting all the parts inside. Besides the Aluminium AIO with 28mm thick radiator, there is a VRM heatsink, a memory heatsink which mounts on the bottom of the card, and a few plastic bags containing the mounting screws and springs. Furthermore, we find an Arctic branded 120mm fan (600-2000 RPM) for the radiator and an 80mm fan that should mount to the VRM heatsink. Everything looks straightforward including a simple manual making it clear that this cooler is catered for a wide range of videocards. 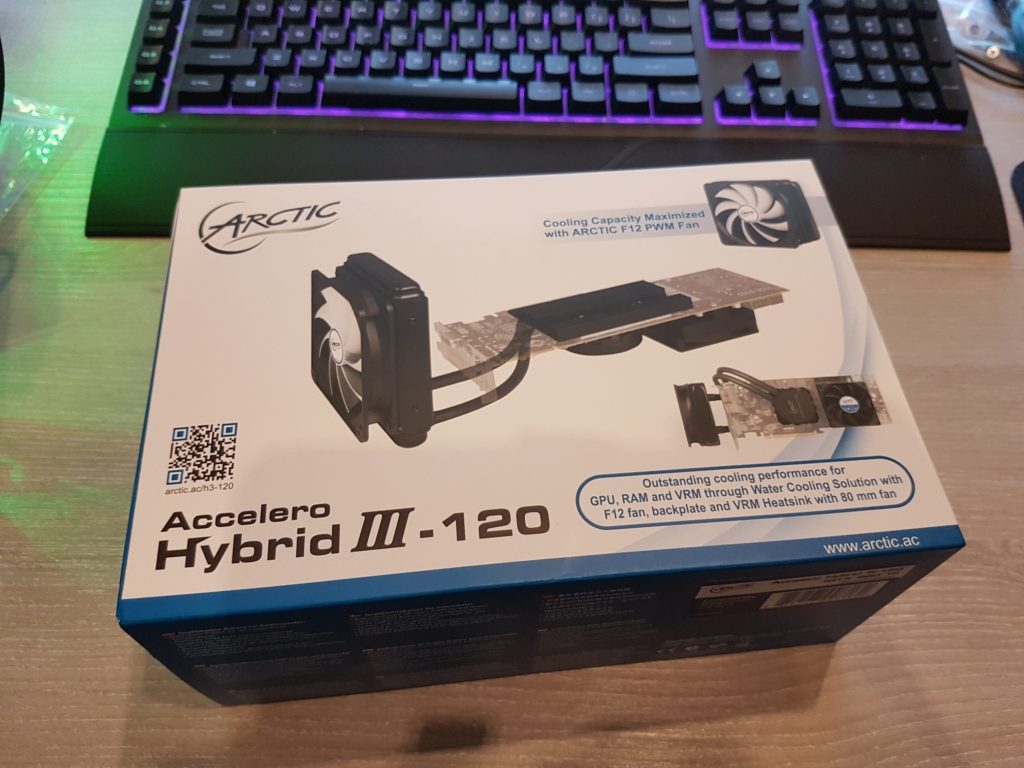 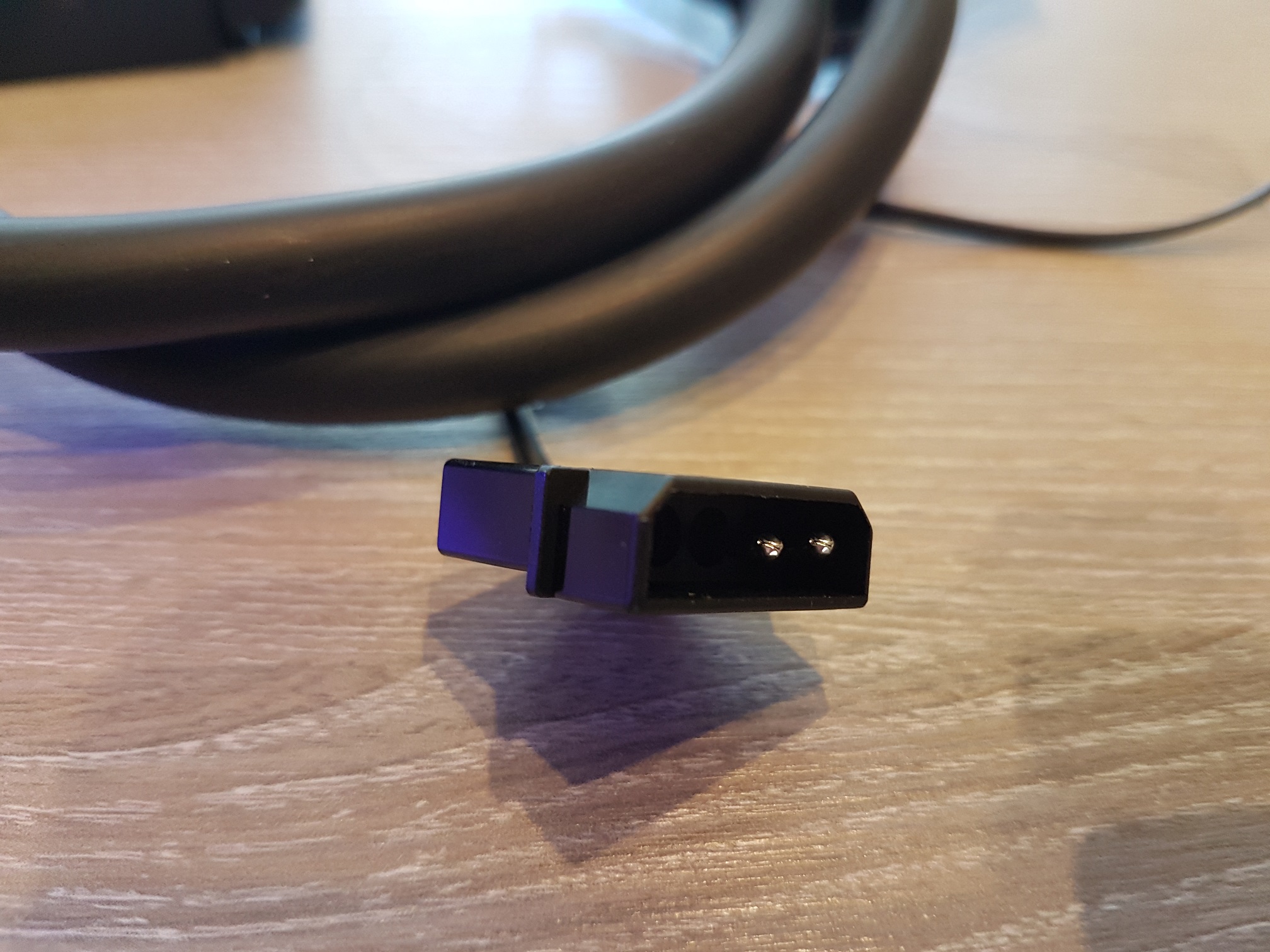 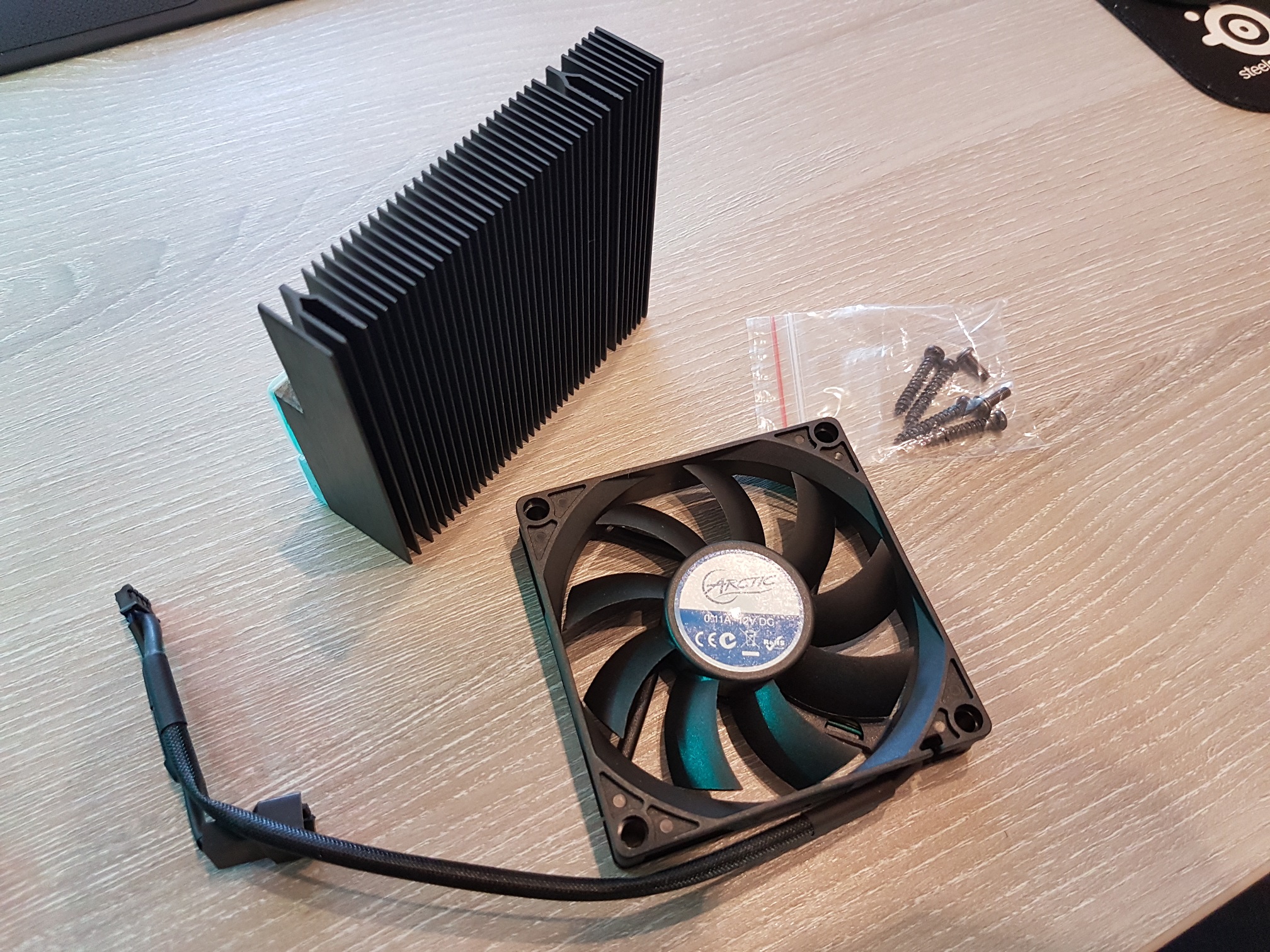 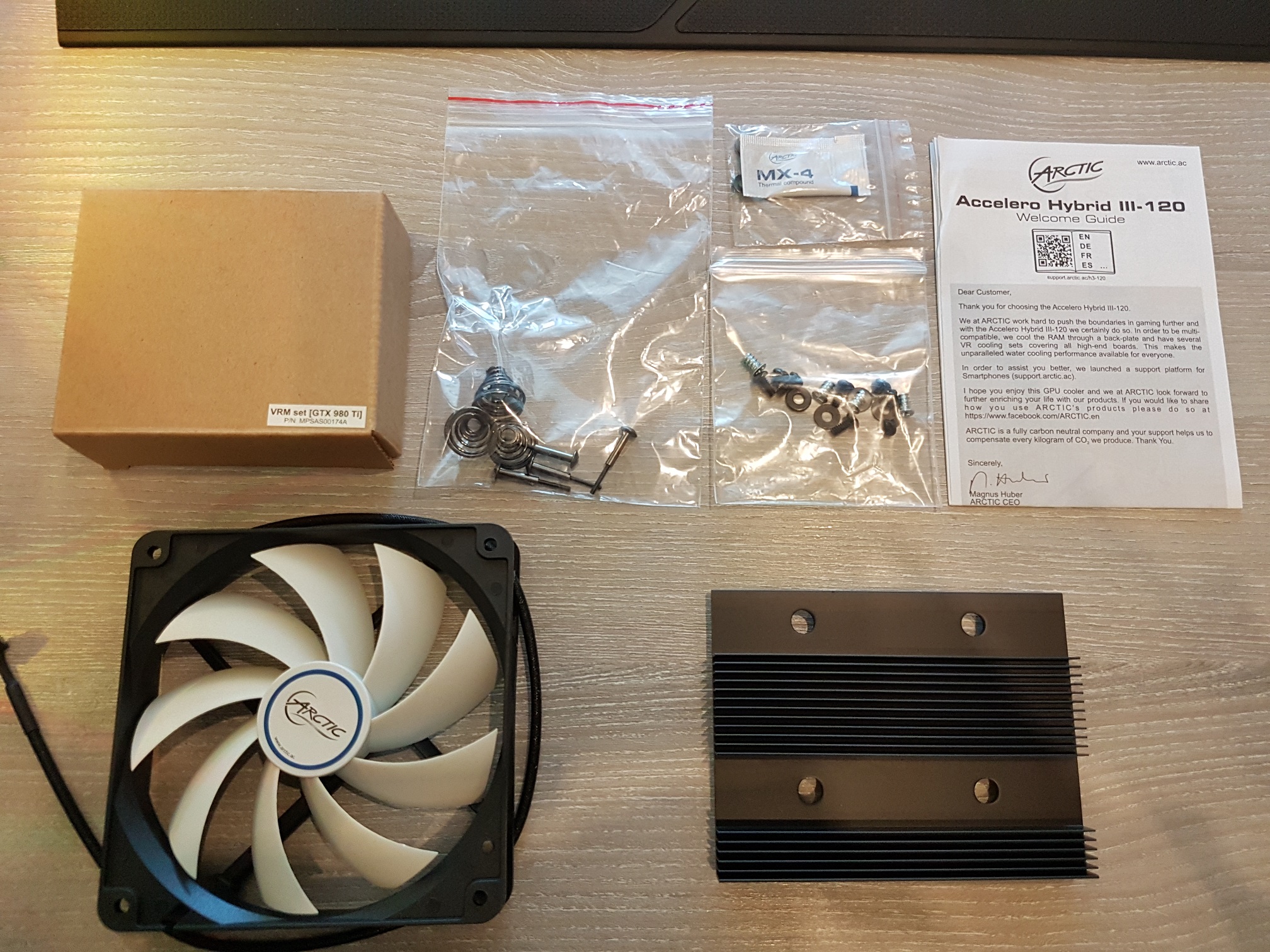 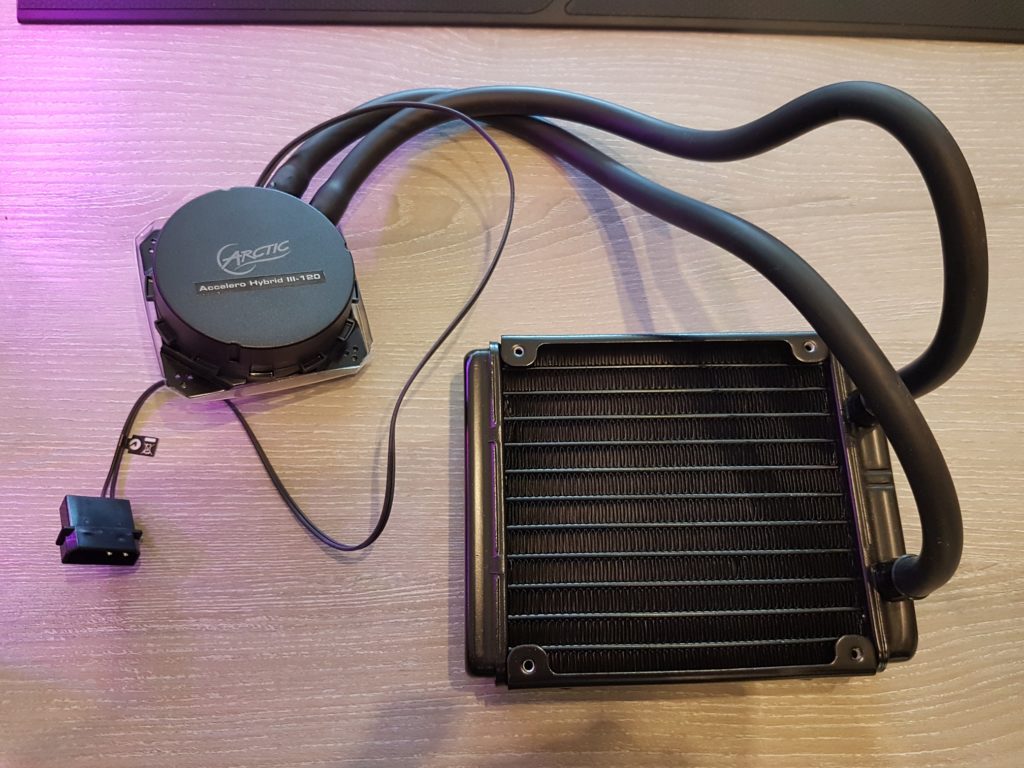 Why Arctic has decided to include a Molex powerconnector in 2018 remains a mystery? Arctic please replace this with a 4-pin PWM connector making it easier to connect to any motherboard controlling pump speed in the progress.

To get an idea of the standard cooling capacities of the Accelero Hybrid III 120. We put the GTX 980 Ti through its paces using Unigine Valley. We set the fanspeed to 60% which is a respectable noise level for the stock cooler. After 5 minutes of running Valley, we confirm the temperatures. Our GTX 980 Ti runs at + 210 mhz Core and + 500 mhz memory which results in a boostclock of 1400 mhz and 8000 mhz for the GDDR5 memory. After the first session with the stock cooler we exchange the FE cooler for the Arctic Accelero Hybrid III 120 and run both tests again.

Installation of the cooler

I hoped to say it was a breeze, but it was not. The GPU block uses four fine phillip head screws to mount to the included backplate (memory heatsink). this sandwich principle is exactly the same as many full waterblock solutions. Nonetheless the included springs for mounting the GPU block make it impossible to sandwich the card while laying it flat on your desk. In other words, you would need two sets of hands. One for holding the card vertically, the other to hold the backplate and screws, meanwhile holding the GPU block in place and alligning it with screws coming front the back. This took a while, but once two were in place the other two followed with ease.

The mounting of the VRM heatsink was a breeze, despite the fact that one heatsink pad covering the VRM controller was a bit to high, making contact with the actual VRM’s on the other side difficult. Finally we mounted the 80mm VRM fan to the heatsink using the original fan connector of the GTX 980 Ti to power the fans.  Arctic included a fan splitter where one end attaches to the GPU splitting to a 3 pin connector for the 120mm radiator fan. Smart thinking. 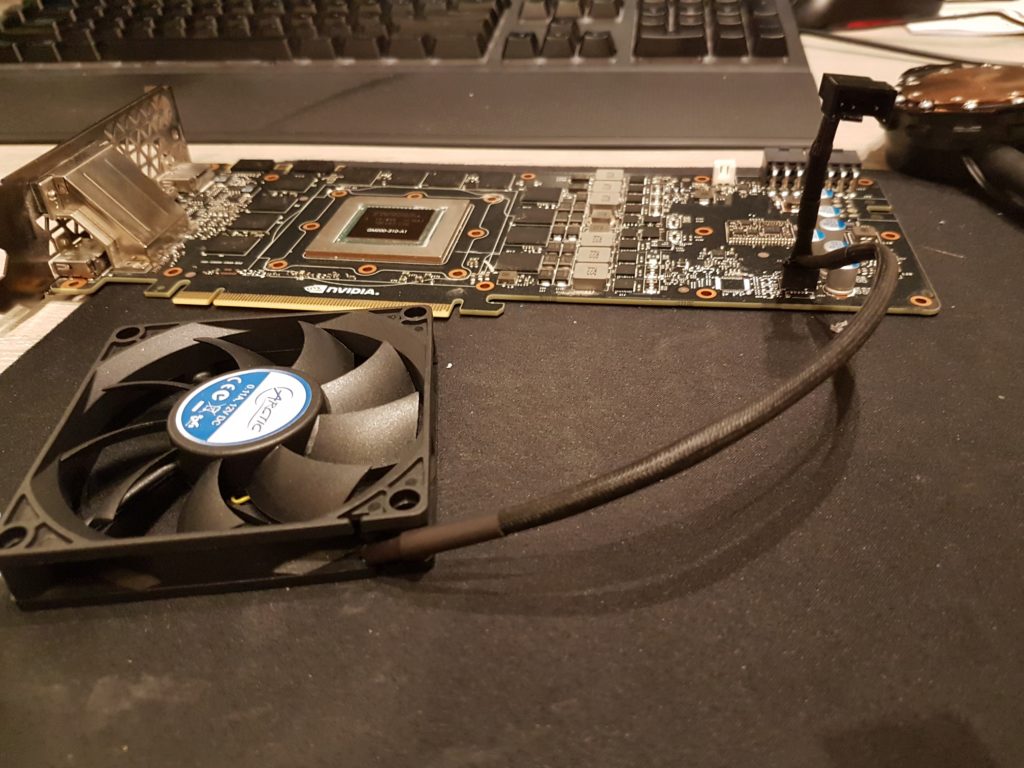 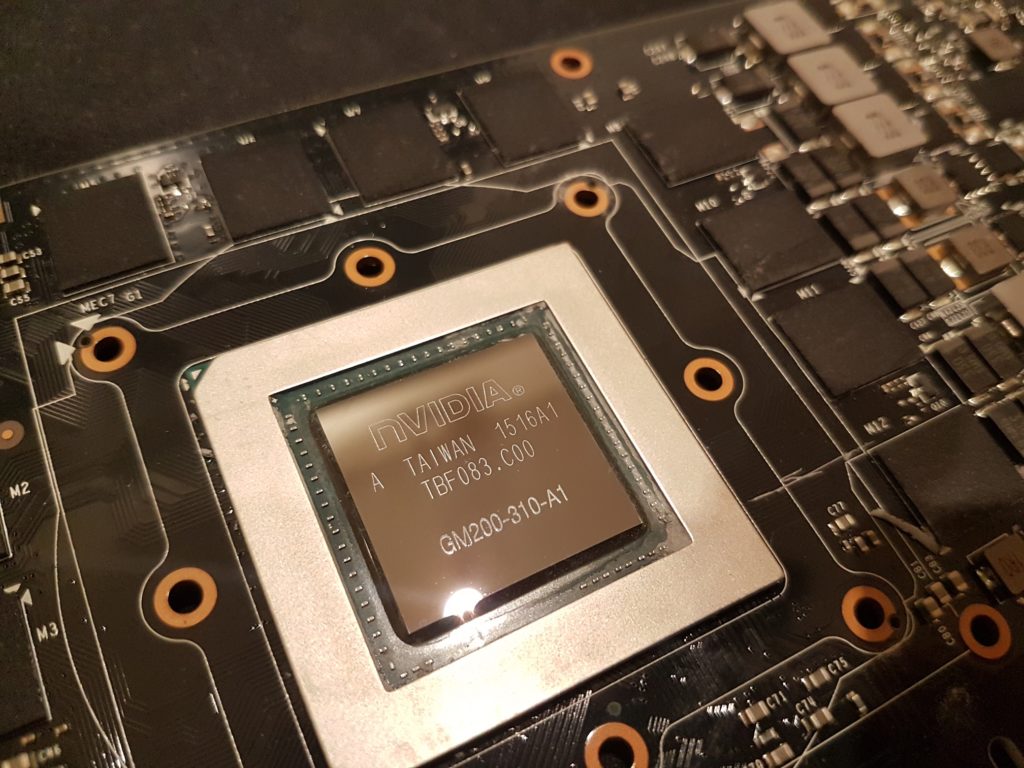 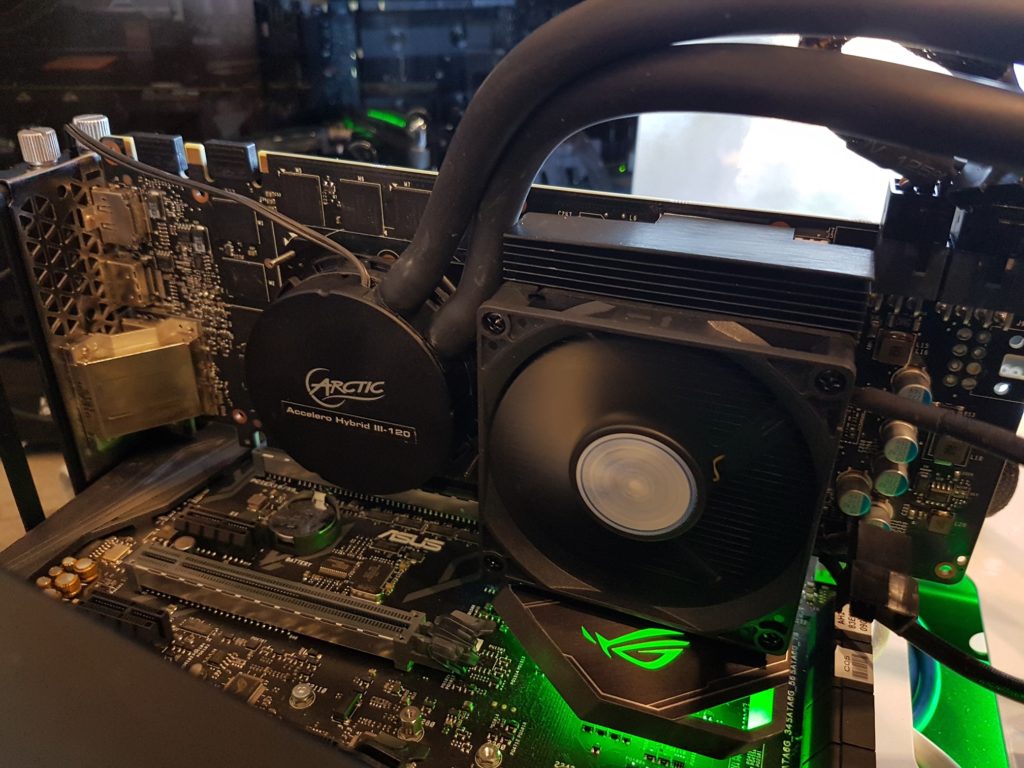 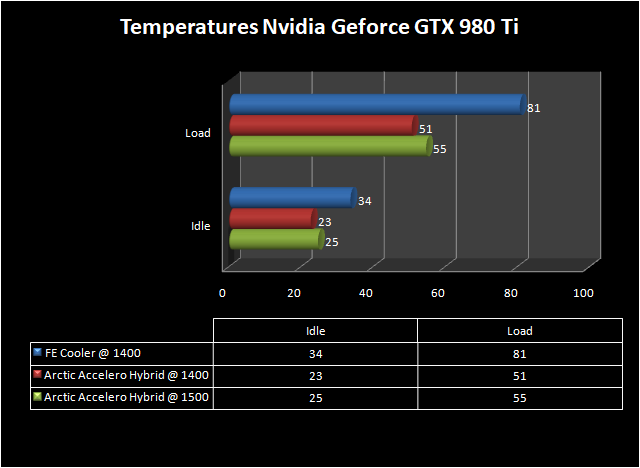 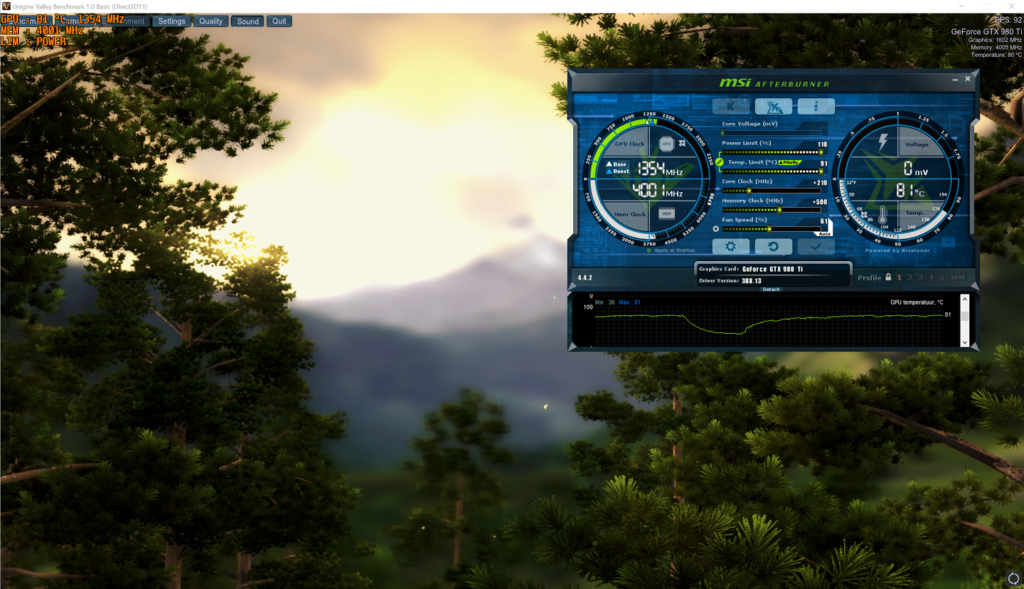 Besides being extremely loud, the Founders Edition cooler has trouble maintaining a steady clockrate jumping between 1354 and 1399 mhz on the core. 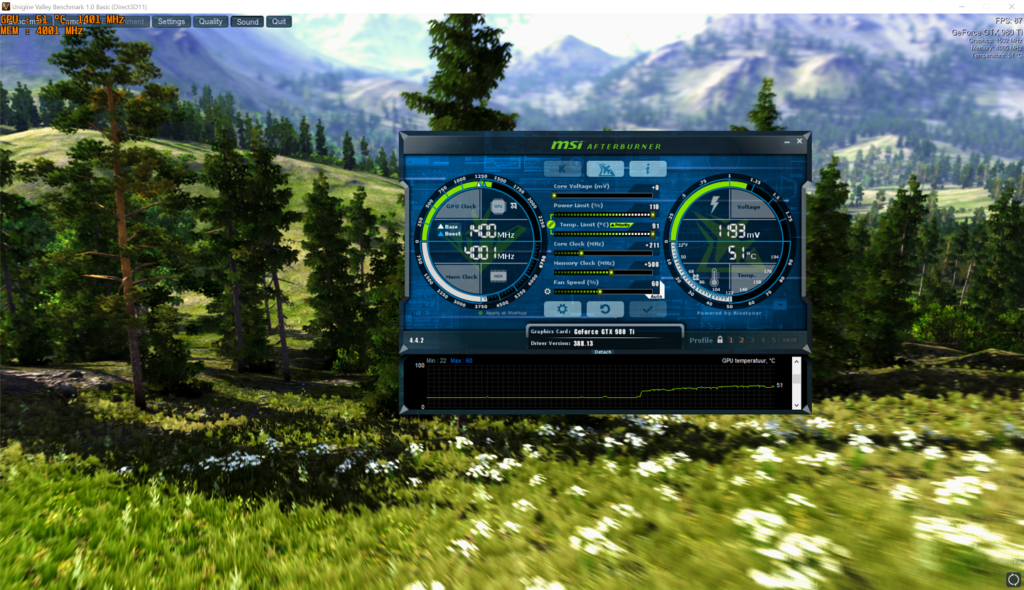 After installing the Arctic Accelero cooler both accoustics and temperatures lowered drastically. Maintaining a steady 1400mhz on the core and the fans spinning quietly. 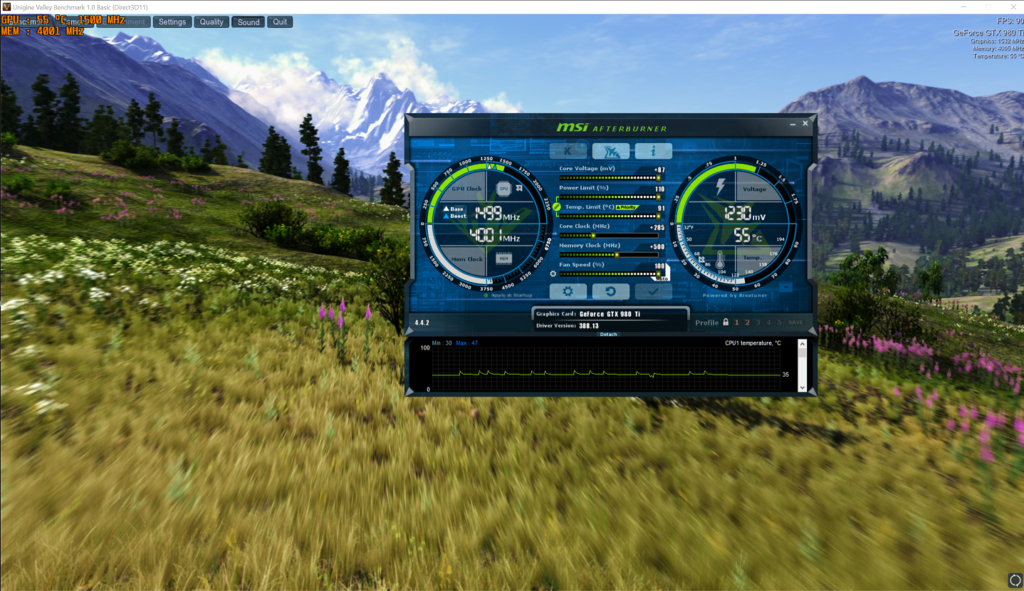 As there was more headroom in the new cooler we took it for a spin overclocking it to the max. We managed to squize another 100 mhz out of the GTX 980 Ti. Any higher and it would crash.

The Arctic Accelero Hybrid provides excellent cooling performance compared to the Founders Edition stock cooler. An improvement of 30 degrees Celcius under load is very good, more importantly the noise levels and clockspeed stability are now under control. The ease of installation would be something Arctic could improve upon in future models, but hey who changes it’s GPU cooler on a daily basis? When it’s on, it stays on for most users.

Maybe a rather subjective remark, but the visual appearance of the Hybrid III is everything but sexy. If we take a look at the HG10 from Corsair you are able to maintain the stock cooler for cooling the VRMS and receive a more visual appealing offer. Price wise that cooler requires an additional AIO making the costs of that option a bit more expensive also offering average cooling for your VRM’s. Being a universal GPU cooler, the Arctic Accelero Hybrid III 120 can be mounted on different GPU’s making it futureproof for the GPU block. Our included VRM heatsink is catered for the GTX 980 Ti and Titan Maxwell. If we would decide to switch cards in the future we need a new heatsink for that, so keep that in mind. Thank you Arctic for sending us a sample to review.

Please visit the following link to check compatibility for your videocard. At this moment the Arctic Accelero is available for € 119,90 at most (r)etailers which is a fair price for this unique piece of hardware.