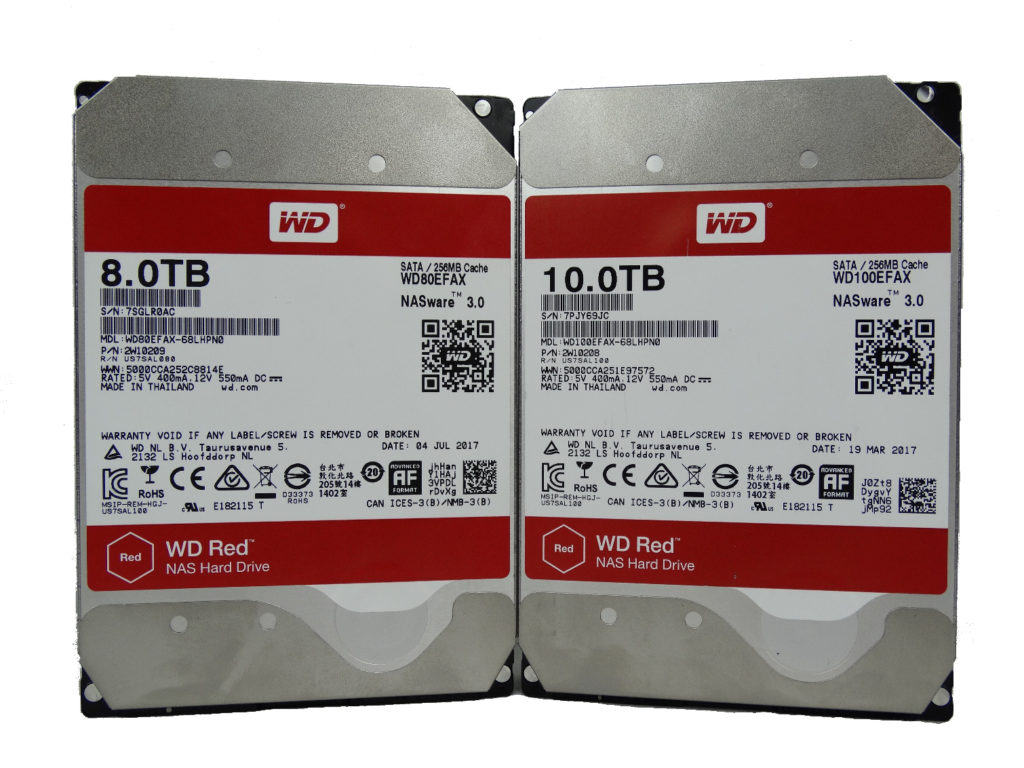 Are you looking for a NAS drive with a large ammount of storage? Western Digital has its 8TB and 10TB variants in the RED series line-up. These helium filled drives are especially developed for NAS systems with multiple drives in RAID configs. How do they hold up against their competition, the Seagate Iron Wolf 12TB and 10TB, Toshiba N300 and a HGST Deskstar 6TB?

Tomshardware just finished a comprehensive review regarding these disks. At the moment the WD Red 10TB is priced at € 321,00 and the WD RED 8TB costs € 240,00. Which makes the Euro/GB balance fall in the direction of the 8TB version. Although, that doesn’t tell the whole story. The 10TB variant features double the ammount of RAM, 256MB vs 128MB in the 8TB RED. Furthermore, the sequential speeds of the 10TB are rated at 210 MB/s where the 8TB variant tops out at 178 MB/s.

Mushkin well known for it’s DDR memory products released the Helix-L M.2. drive. A direct competitor for Intel’s 660P and Kingston’s A2000 NVMe drives costing around the € 120,00 mark for a 1TB drive. The Lees verder…